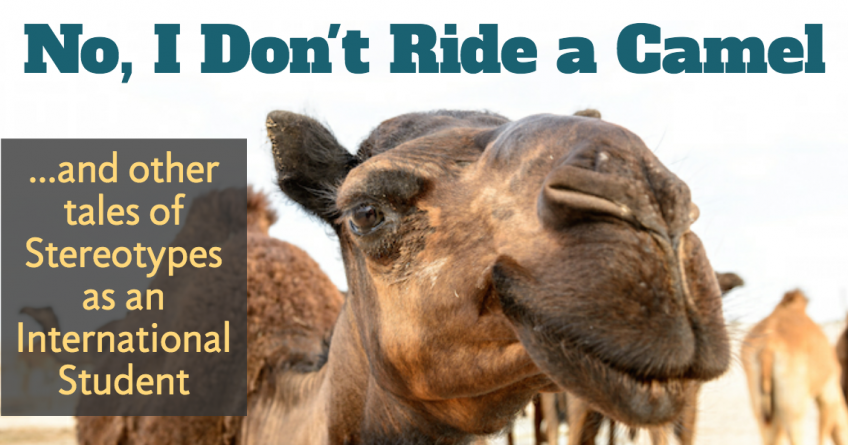 If you’ve traveled or lived in a different country, I think you’ll agree that getting used to a new culture can be quite an adventure.

As a Saudi Arabian student studying in the heartland of the United States, I had many experiences that illustrated fundamental differences in Eastern and Western day-to-day life.

In this post, I’ll reveal some of my exploits and explain how understanding cultural differences can make or break your relationships.

Most young people in Saudi Arabia go to college abroad, and I chose to go to the US.  The school was in a small town in the middle of Missouri, known for its great tech and engineering programs.  Talk about culture shock!

I decided to embrace the opportunity to be around so many other students from different cultures. Although there were other Saudi students, I made a concerted effort to get outside my comfort zone and talk to everyone.

My ESL class had students from Korea, Thailand, and Turkey who found it difficult to have a conversation at first, but I pushed hard to make communication a priority.

One of the reasons I joined the International Student’s Club was to learn about new cultures.  I spent a lot of time also teaching others about mine too.

There are so many stereotypes about Saudi Arabia!  People think the whole country is a desert, everyone is uneducated, and we have piles of money that we don’t know what to do with.

A cab driver asked me if it was my first time in a car.

He actually thought we rode camels around back home.

And after the 9/11 attacks, the stereotypes got even worse.  Some Americans thought everyone from KSA was a terrorist or supported terrorism.

I made it my personal mission to let everyone I met know that I’m a normal person with fears, hopes, and dreams, just like them.

I lived out my mindset:

Our diversity makes us better friends. We learn from each other instead of comparing our differences. Click & Tweet!

Oil and Turbans and Camels, Oh My!

As part of the International Student’s Club, we sometimes set up booths to educate others about our own culture.  It was eye-opening to see how other countries view Saudi Arabia.

People only know what they see in the news.  They assume that there’s no thriving arts, entertainment, or business going on.

Most assume it’s just about oil.

When a Schedule is Optional

Later on, I became as assistant in the Applied Language Institute.  At this time, the KSA government launched a scholarship program for Saudi students to study all over the world.

When I saw that 80 students were coming to my college, I was freaking out.

There were only 4 at the time.

When these 80 students came, I saw lots of conflicts with the culture.

For example: In KSA, business is conducted in a more social way and a schedule is more of an option than a rule.  The US is more strict when it comes to time and business.

Professors saw these traits in the Saudi students and thought the students were pretty lousy or not serious about their education.

Back then, although I saw the problems, I didn’t know what to do about them.

My inspiration for teaching about culture

I moved to San Francisco to get my Masters and took the class “Managing in a Multicultural Environment and Building Virtual Teams,” taught by Marian Stetson-Rodriguez at Charis Intercultural Training.  It was in this class that I learned about the differences in cultural ideologies.

I realized that I needed to start helping people who dealt with different cultures, especially Saudi Arabia and the rest of the Middle East.

Business is booming in the Middle East and the area is becoming an attractive option for global companies.  The United Arab Emirates, Dubai, Abu Dhabi, Qatar, Egypt, and Saudi Arabia are home to many businesses that have employees constantly coming in and out.

I’ve heard so many stories about how others view this culture as not being serious about business or being disrespectful of others’ time.

What visitors don’t realize is that we get our work done during social events and that many deals are made on the basis of social relationships- not in a board room.

There are endless examples of ruined relationships because of this unawareness.

It’s my mission to educate those who want to understand secrets of the Saudi Arabian culture.

Do you want to know more about Saudi Arabian culture?

Check out Part 1: Understanding the Basics of Saudi Arabia where I’ll start off with some basic knowledge of the culture. If you like it, be sure to Follow me on Slideshare to receive the next presentation on cultural differences.

I also write about my experience with reverse culture shock when returning to your home country.

Have you experienced a strange interaction due to cultural differences?  I’d love to hear about it in the comments below or via Twitter @motazhajaj